Find Your IT Space

The City of Joy

The city that never sleeps, New York, was once nothing more than another patch of land perched on the edge of a great big ocean, until one day a natural harbour was discovered. Napoleon could have established his capital anywhere. The air of Paris caught his charm and he planted his throne there. There is a story to the birth of all great cities.

This is one such story, of one such city. A city created by the coming together of the cities of the world, as it were. How often does a city have the privilege of being built from scratch, guided every step of the way by the accumulated learnings of all the great cities of the world, carefully avoiding the pitfalls of unplanned development that so many cities suffer from today?

“We had prime land in Bengaluru wherein we could build the city of cities. We had the technology, resources and services of the greatest architects, master planners and city developers from around the world.”

After 4 years of planning every square inch, every want, need, desire and hope, in 2012, we struck ground for the first time. The first brick of Bhartiya City was laid.

Walk in on a Monday morning and you’ll see some 60,000 odd executives – some walking, some cycling – heading towards the IT SEZ and the Financial District. Most of them live about 4 minutes away from their home, as workers of the future will. Living and working within 10 minutes of each other, they won’t suffer traffic jams, they won’t burn fossil fuels, on an average spend a good three extra hours with their families each day and as they bring the environment back to its feet.

The place they call home will be a 4-minute ride on a bicycle (12 minutes by walk). Slabs and slabs of floors one above the other are easy to build, roads are easy to pave, but the structures that will house Nikoo homes will be designed to bring neighbours together. These homes have not been designed to maximise on square feet, but to maximise the quality of living. Bay windows will bathe each home with light, every kitchen will be the finest from Italy, every balcony will have room for all to come together and enjoy the famous Bengaluru weather. You can pursue your passions here be it baking, skating or painting. And of course you can Whimbl for anything. This simply means you can ask for any facility or service and it will be done. For those who covet luxury, the city will offer residences co-created by The Leela, no less.

There will be a play school nearby to which a 3-year-old can walk alone, Yes alone. And when she grows up, she will have the finest school to go to within the city. A school that will bring out the leader in her. From the classrooms to the curriculum, everything the school does will be to instill this fundamental belief in every child.

Paris has the Champs Elysees New York has Times Square. Evenings in the City of Joy will revolve around the City Centre which plays host to four hotels, boutiques and a convention centre which will host the finest conventions in Bengaluru. On any given weekend, if you stop by and watch, you’ll find shoppers hunting for a bargain on the high street, you’ll find artists and musicians, students, workers, cat-walkers and movie-goers all cutting paths to create the most colourful human kaleidoscope of mood, sound and hues.

The rather striking structure in the heart of the Central park is the Centre for Performing Arts. Designed by Arturo Montanelli who took his inspiration from a butterfly in flight, it is a modern day performance pavilion designed to shimmer spectacularly on moonlight nights. This is Bhartiya City’s tribute to the city of Bengaluru.

“All great cities of the world have one thing in common- they understand the power of design can make or unmake public realms inviting places to be.”

Providing shade and hinting at the changing seasons will be trees that flower at different times of the year. The benches beneath will have swaying grass around them where you can sit and watch, ponder and reflect. The best public spaces reflect the culture of the place, silently working on keeping your spirits uplifted through the creation of natural shapes, patterns and symmetry.

Getting a bird’s-eye-view of this city and functioning like a brain that observes, notes, modifies, stabilises and provides intelligence will be The Command Centre. The safest, leanest cities in the world have this, and for good reason. The use of smart materials, solar power and an intelligent network of cycling tracks that connects every part of the city to every other part of the city – these were among the very first ideas that went into this city.

Top ten facts about the city of joy

4,531 Nikoo Homes sit at the heart of our community

There are 30 cafes and restaurants throughout the city to try

Watch your favourite movies on one of our 7 cinema screens

There are over 40,000 office spaces in our finance district

Enjoy your favourite sport on one of our 18 sports courts

Explore our signature collection of contemporary smart homes. We’ve got homes for everyone. 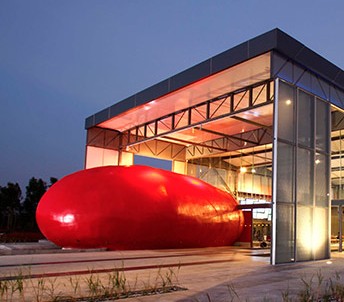 The Discovery Centre is a Bhartiya City icon. It has its very own air ventilated cooling system, is completely sustainable and in fact, the entire building can be dismantled and put back together again. Interactive exhibitions show you the whole cityscape; 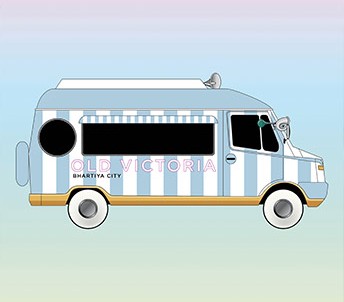 Keep your ears open for that unmistakable melody, because we’re bringing back the good old days. Ice-cold treats served with a smile are heading your way come rain or shine. Central park at 5pm. Be there or be square. Pom pom! Here comes the ice cream truck. 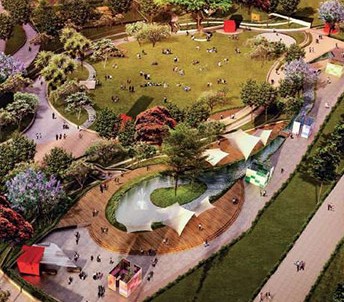 We want you to love your city as much as we loved building it- say hello to Central Park. This sprawling haven for visitors, business people and residents alike is a park of epic proportions. It’s hard not to fall in love with when we’ve considered something for everyone. 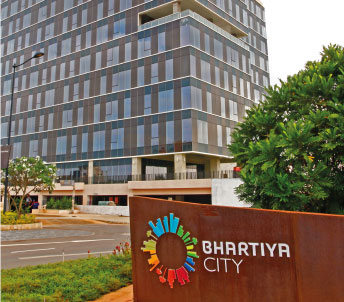 A thriving hub for IT, financial and knowledge driven sectors, this is a working environment with character, where dozy days at the office are a thing of the past. The view of Central Park from your desk is like no other and the climate in which you work is conducive to getting stuff done.

Enquire about IT space >> 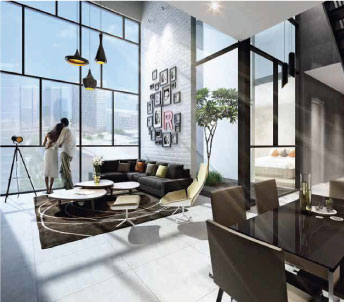 Nikoo Interiors are working in collaboration with six brands from Italy who are dedicated to the creation of space-saving furniture capable of fitting right in with the Indian way of living. This is your home,  just the way you like it. 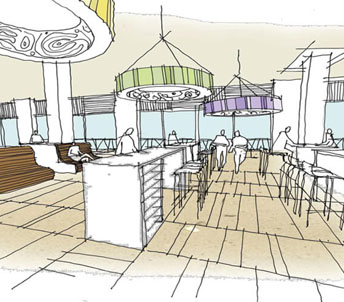 Workshop with WOW architects on design of Bhartiya City Retail

On 7th June, a full day design workshop of retail was held at Bhartiya City. The workshop included the team from world renowned WOW architects including Wong Chiuman and Maria Warner Wong with our retail experts and architects.