The Future of City Planning

The world’s population is set to reach 9 billion by 2050. A staggering number, you might wonder where do we planning on putting everyone? An ever growing population and the impact this might have on the planet is a concern shared by countries the world over, and whilst there’s no set answer, there seems to be one solution on the lips of many; the development of cities.

Through dense population of urban areas that are seemingly responsible for creating huge carbon footprints, many believe that cities are part of the problem. Yet others would argue that they can resolve some of the issues at hand.

The future of city planning is one that changes constantly and will do so as long as the population is growing and the world is continuing to change.  An integral aspect of city planning is working out just how to deal with the environmental issues that we are currently creating for our future. On an individual level, we all have a duty to be as green as possible and to preserve our planet for future generations, but what exactly can cities do? City planners need to look at the structure of buildings, their wastage management systems, how they recycle and their energy usage levels. There are solutions to all of these problems, but often implementing them can be tricky.

Built during a time where none of this mattered, cities of old all over the world can now be seen launching 10 year-long plans to transform their city centres though delivering sustainable growth, improved connectivity, environmental control, community growth and an expanded economic base. City planners now and in the future need to be pro-active and think about how these issues might be resolved from the off to save later upheaval such as this.

Using our cities as part of the solution instead of being part of the environmental, energy and water related problems is essential. Cities as are economic powerhouses and have the means to help, but it’s businesses who really need to play their part. Through working together to form one strong unit, together they can conquer the challenges presented through the sharing of information, smarter energy consumption and through better water and waste management. That goes for the government too- it’s a team effort. Looking to the future, city planners need to consider how exactly how their city can be the solution to these problems. 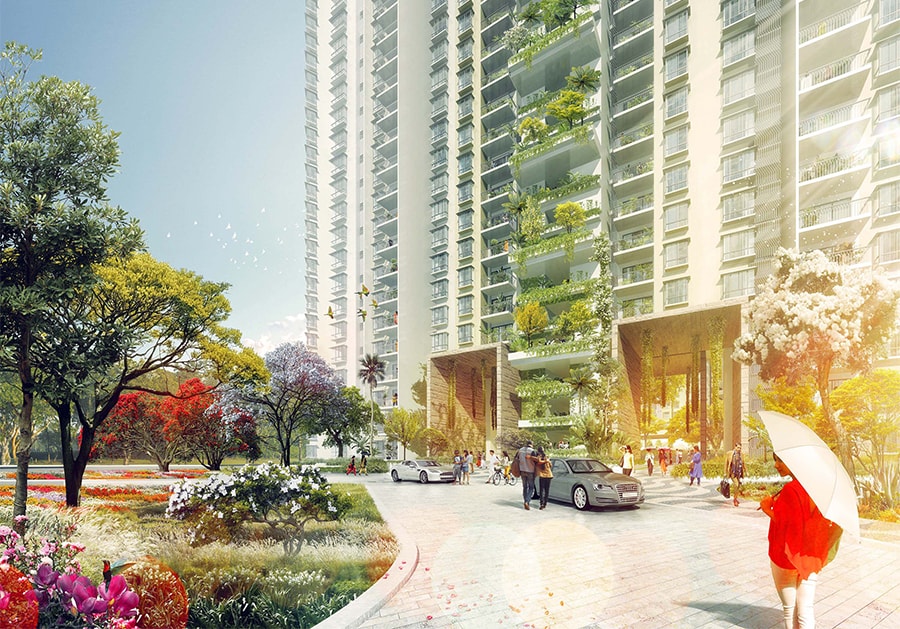 In a world that grows more technology dependant by the day, it’s no easy task to create a feeling of community in an urban metropolis. We all have technological connections, but what about real life connections between people? Bhartiya City has addressed some of these concerns through their innovative vertical village concept and the prevalent connectivity between buildings, open spaces and districts. But in the future, city planners will need to look for new and innovative ways to ensure that community comes first in new cities. Bhartiya’s vertical village concept may well catch on yet. Not only does it solve some of the issues surrounding increasingly distant communities, but it also addresses any concerns for expansion, as we look to a future where only building upwards, not outwards, may be the answer.

More so than ever, city planners will need to think about what kind of people live in a city. With global cuisines, top transportation links and higher paid jobs all in abundance, cities attract an international community. Planning our cities with schools that operate in a variety of languages is something that will become more necessary than ever in the future. These days, more and more people are upping sticks to a new country in search of a better life or a new experience, so our big cities need to have the means to facilitate this if they’re to become a city worth living in. International schools such as Bhartiya’s could be the answer. The younger generations need to be prepared for the changing world around them and exposure to different cultures is so important. Not only this, but learning a second language is another great way for them to get ahead.

A lot changes in ten years, and this is one of the problems that city planners face. From the point where blueprints are drawn up, to the time where foundations are being laid on the ground, any number of things could have changed. By the time your once state of the art city is complete, things might be a little out of date. The internet and mobile phones are prime examples of inventions that changed the world forever, in just a short space of time. Anything can happen. One of the biggest challenges that city planning teams face is keeping up with this constant change.  Continuously evolving and developing the city is a must to ensure that what they’re building really is a city for the future.

The future of city planning is dependent upon many factors, but a changing economy is one of the most significant. How will the city respond to a dip in the economy, and does the city have the infrastructure and business environment facilities to cope with an economic boom? These are both essential questions that need to be asked of city planners.

With a growing population comes a growing number of road users.  City planners will face a challenge in making sure that cities have the infrastructure to deal with this. Bhartiya’s planners have pre-empted this increase in road users and the construction of an 18 lane ring road comes as a result. With dedicated cycle paths throughout the city joining together every district and every major public space, cycling is encouraged. Dubbed as the ‘city of cycling’, cities such as Cambridge in the UK, have already taken steps to ensure that cyclists are encouraged and welcomed into the centre of the city, with expansive cyclist only lanes and dedicated parking throughout. Bicycle friendly cities may well be the future of city planning.