The Bicycle Friendly Cities Of The World | Bhartiya City

The Bicycle Friendly Cities of the World

Before our team of expert master planners put their heads together to design this smart city, we travelled to the cities of Europe and delved into what makes a city truly great. Whilst technology and sustainability placed high on the list, what really stood out to us was the use of cycles in major cities. People biking to and from work was an everyday occurrence and if it was possible in these cities, then why not back home? With this inspiration in hand, we set out to create a strong cycling culture with the infrastructure to match. Here are some of the bike-friendly cities that inspired us to create a two-wheel-centric city. 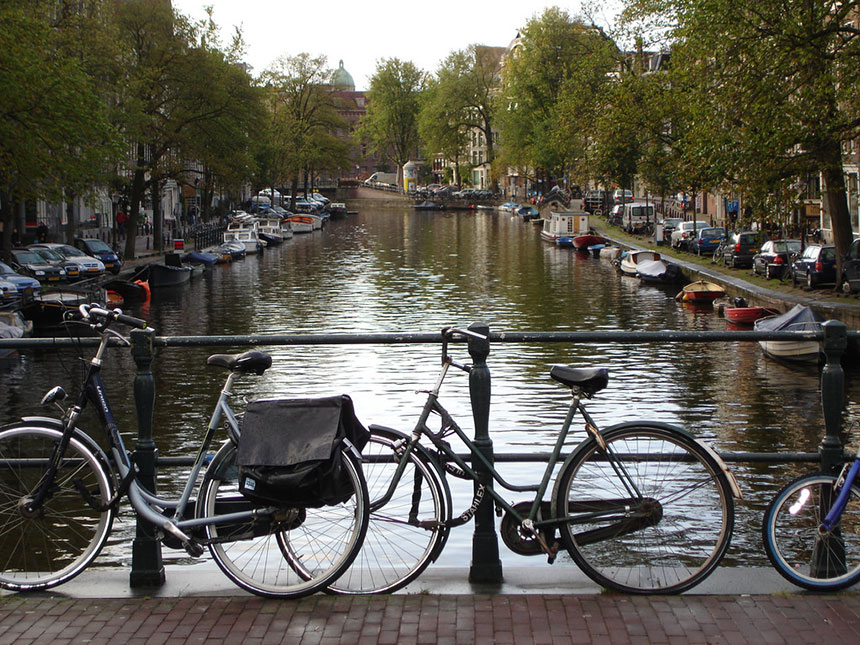 What came first, the cycle path or the road? Anybody would think that these bustling streets and roads were built around the cycle routes that stretch 400km around the city- yet they’d be wrong. Amsterdam is the queen of cycling cities. From doctors on the way to work, to students with somewhere to be, everyone feels at home navigating these paths and it’s said that over half of the trips made daily here are on two wheels. Amsterdam is one of the most famous cycle-friendly cities in the world and the acclaimed infrastructure and facilities have served as inspiration for a number of new cities, including Bhartiya. Cycling has seen a clear increase in popularity over the last decade or so here and perhaps this stems from the clear attempts to discourage motorists in the city. You might think we’re being paranoid, but consider the fact that some roads are either closed to vehicles or are one way in addition to the fact that there are widespread 30 km/h zones throughout the city. Cycling is made easy here, as riders benefit from special cyclist traffic lights, distinct red coloured paths, bike racks, guarded bicycle parking stations and an incredibly flat terrain. Cycling runs through the veins of Amsterdam’s people. 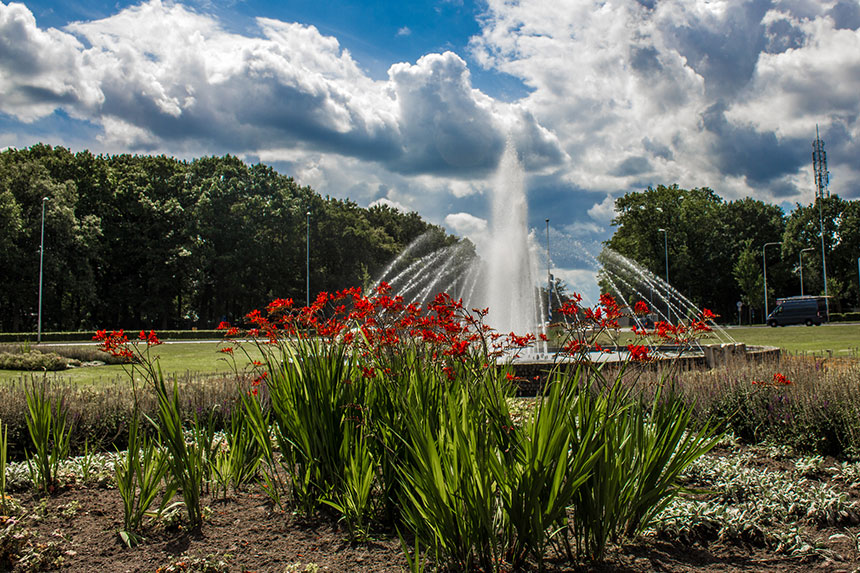 One of the smaller Dutch cities, Eindhoven is home to a cycling fanatic’s dream commute. Once nominated for the title of “best cycling city in the Netherlands”, Eindhoven does a fine job of keeping their considerable population of two-wheelers happy. Every so often, a piece of architectural splendour comes along that questions conventions and raises even more questions in the process. We’d like to introduce you to the Hovenring. This floating, 70-metre-high cycle bridge marks the entrance way to the cities of Eindhoven and Veldhoven and it does it in style.  Thousands of cyclists use it daily and are thankful of this, as it stands on the site of what used to be a level crossing. A once time consuming method of crossing the road that clashed with an incredible upsurge in traffic; the Hovenring is a welcome addition to the city. The city centre itself is car free, and those areas in which you do find roads you’ll also find a network of cycle tracks beneath them. At times you can ride for almost fifteen minutes before you meet a motorised vehicle. That’s cycle friendly. 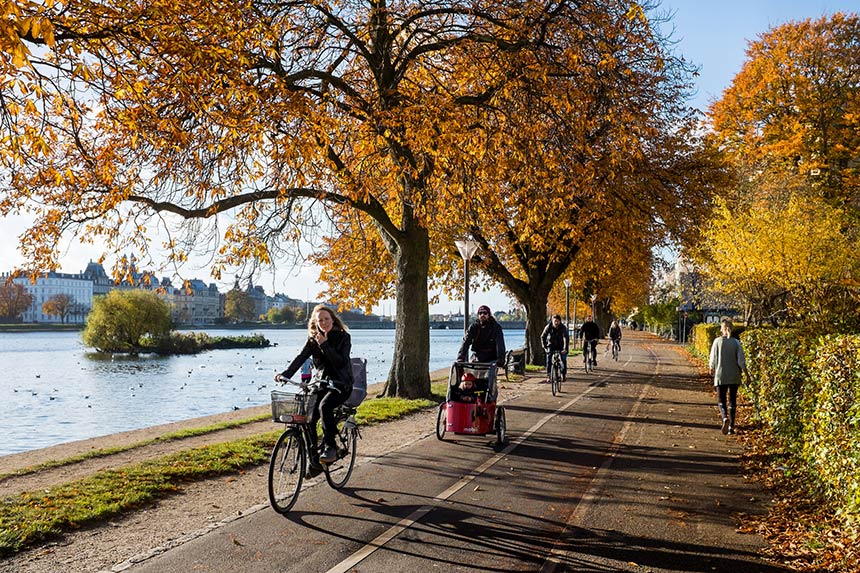 Whilst the thought of venturing out onto the streets of Europe’s busiest capital cities on two wheels might conjure up images of handlebar bashing and honking of horns for some, the same cannot be said about Copenhagen. This was a city made for cycling. Cars are outnumbered by bikes here and not just by people going from A to B. We’re talking fully fledged commuters, head to toe in business attire with the cycling shoes and helmet to match. There’s 350km worth of dedicated bike paths throughout the city, meaning you’ll never reach the end of the road, so to speak. Safety is top priority here and they’ve even installed flashing lights at junctions to warn drivers that cyclists are approaching before they turn. And if you’re feeling left out, renting a city bike for a few hours is a great way to explore the rich cultural history of the city, or to ride the 5km to the coast. The bikes even have built in GPS- how thoughtful. 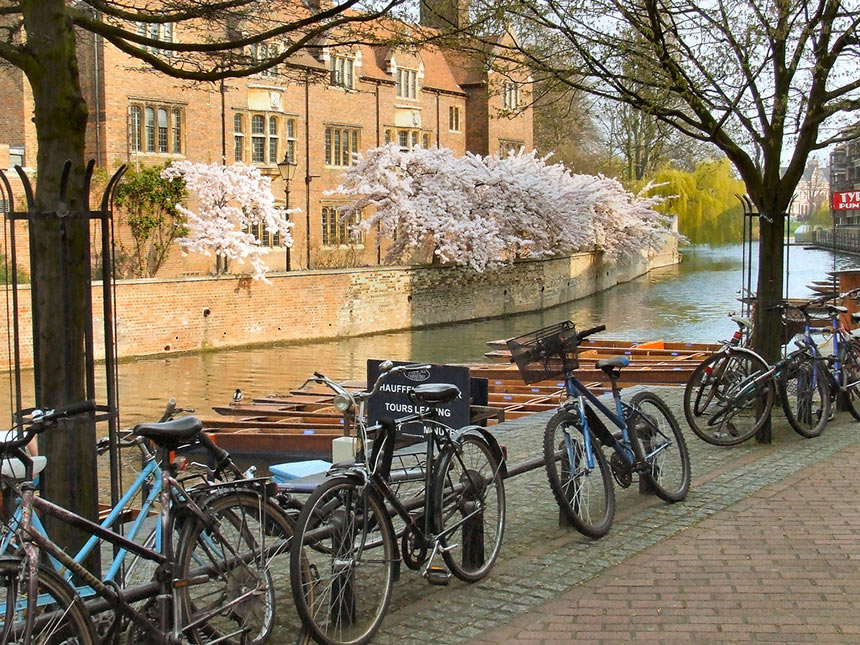 It’s no surprise to hear that one in four people cycle to work in this city steeped in history- it’s basically a free cultural and architectural tour. Never before has the cycle path offered such close-up views of stunning landmarks. The University itself of course has a strong impact on the number of cyclists in this city, which is why Cambridge has been adapted to create a cyclist’s paradise. Dedicated cycle parking can be found everywhere, from shopping centres to train stations, not to mention you’ll see cycle rack after cycle rack in all directions. The designated cycle paths stretch for 128km, highlighting cycling as the natural way to live here. It’s said that the best thing about cycling in Cambridge is the mutual understanding  of road-sharing etiquette between cyclists and motorists and we hope Bhartiya City’s residents will embrace our approach to a cycle-friendly city in exactly the same way.