There is one thing that Yoga has in common with Nikooland. Both are designed for Happiness.  So it’s not hard to see why Yoga is the new new thing in Nikooland. Before the sun is up each day, a group of Happy Nikoo People head straight for the court. A few yogic jogging and pranayama exercises later, they are ready to greet the rising sun with Surya Namaskars. It’s a great place to do yoga, and just the perfect way to begin a day at Nikooland where health has always been a critical component of the design thinking that has gone in. It’s an initiative for the Nikoo residents and the benefits of it – no money can buy. 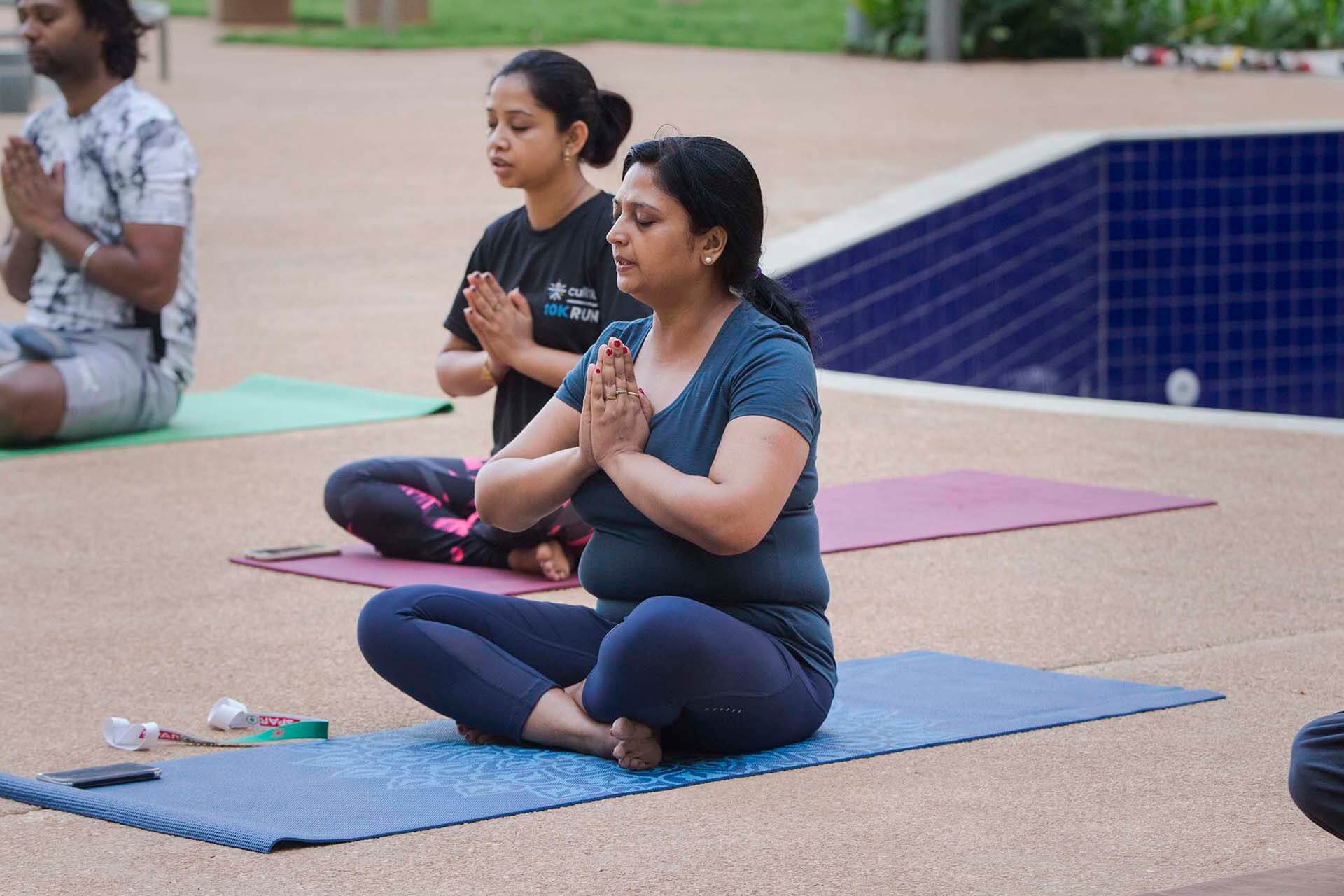 Yoga is the art and science of living, and is concerned with the evolution of mind and body. Therefore, yoga incorporates a system of disciplines for furthering an integrated development of all aspects of the individual. The emphasis of the course is on positive physical and psychological wellness. The focus is on physical postures or asanas, pranayama or breathing techniques and sustained concentration or dhyana. 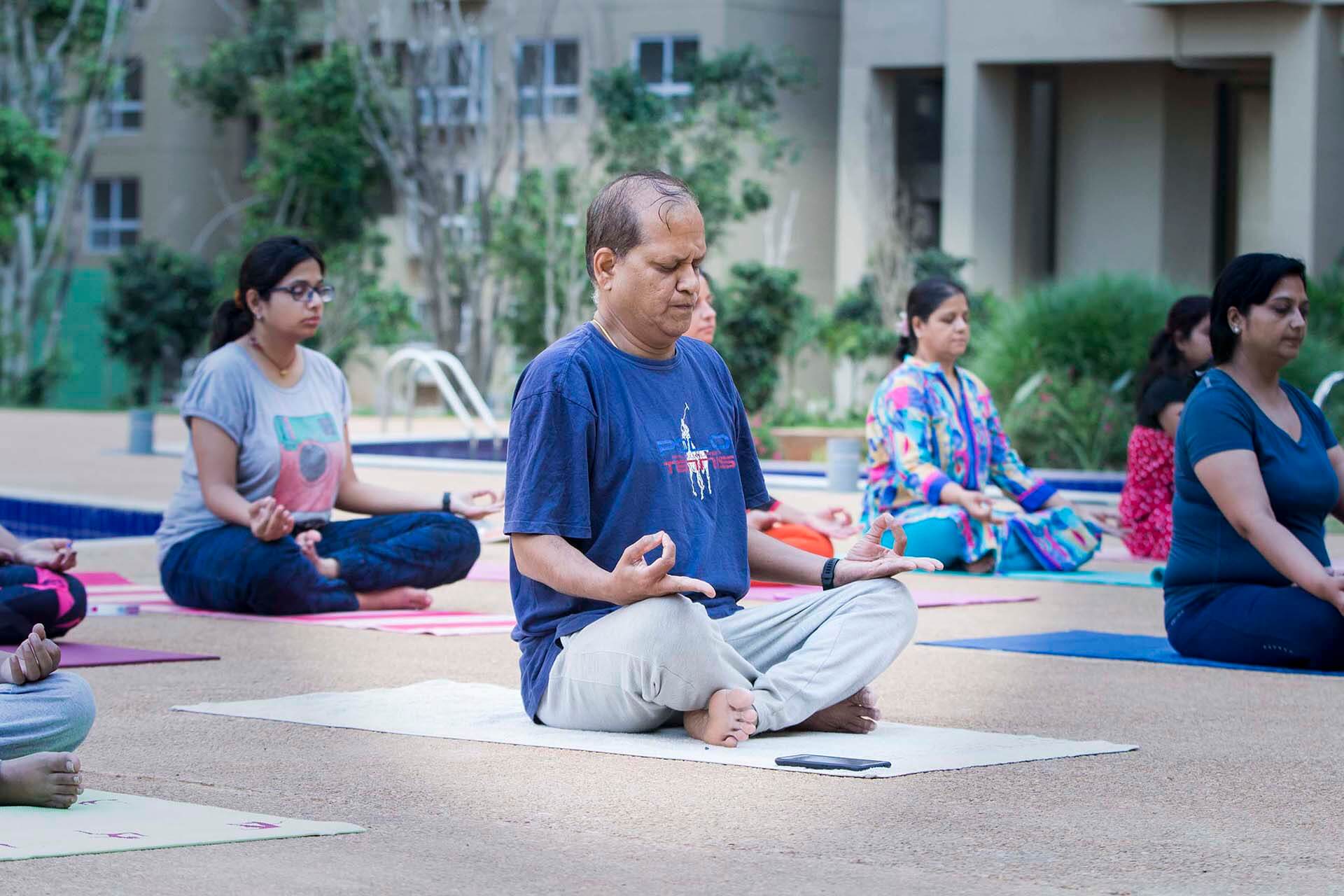 Through the practice of physical postures or asanas, the spinal column as well as the muscles and joints are maintained in a healthy and supple state. Pranayama is important not only for optimizing breathing potential but also for cultivating emotional stability and freeing mental and creative energies in a constructive way. Dhyana is important for controlling the turbulent mind and channeling focused mental energy creatively.

The practice of Yoga creates a balance in the total personality. 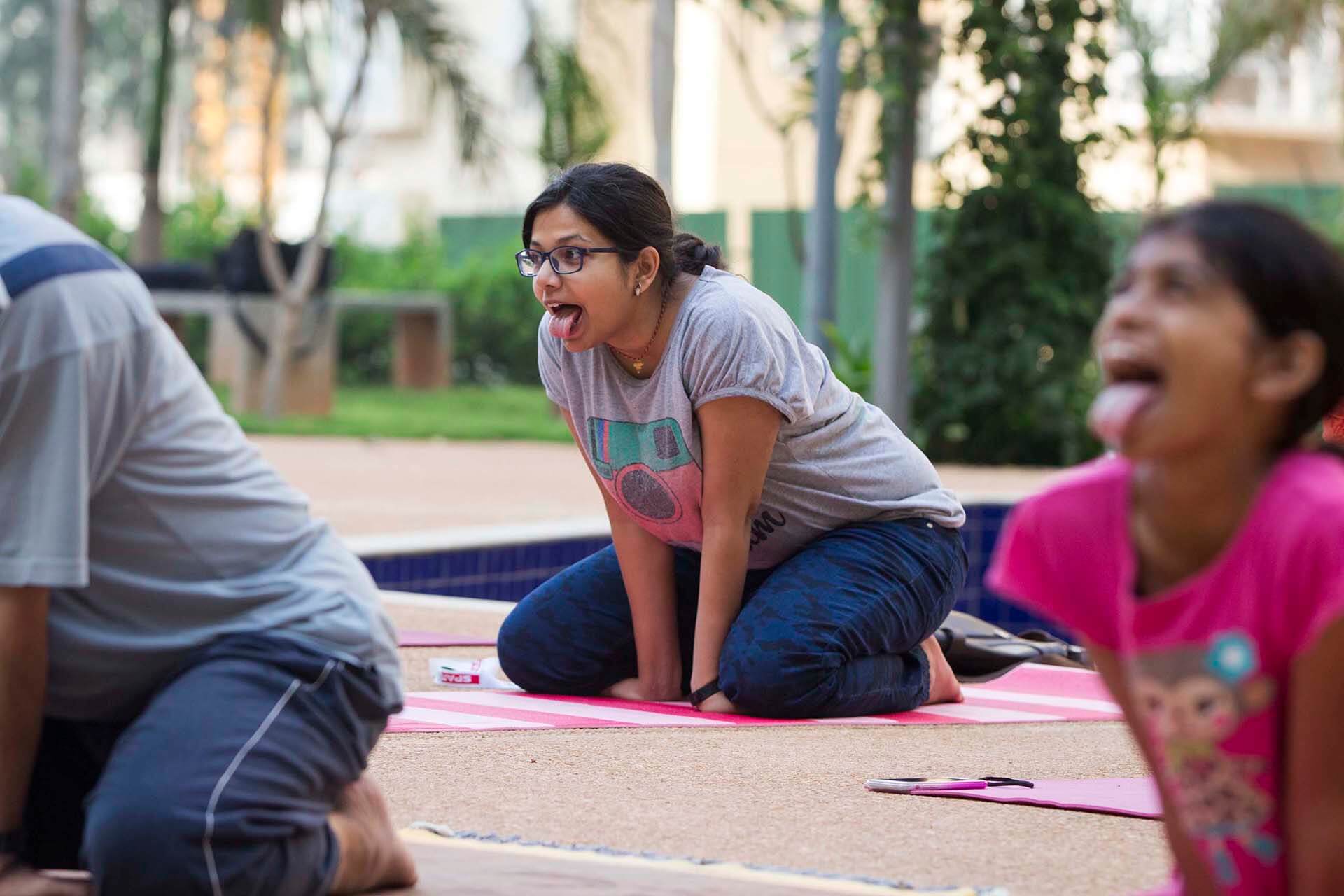 We are thrilled with the response that we received from the Nikoo residents. The numbers have been increasing since we began and people of all age groups including children have joined the initiative. We always imagined the Nikoo Community to be a healthy one and we believe we are making it happen. 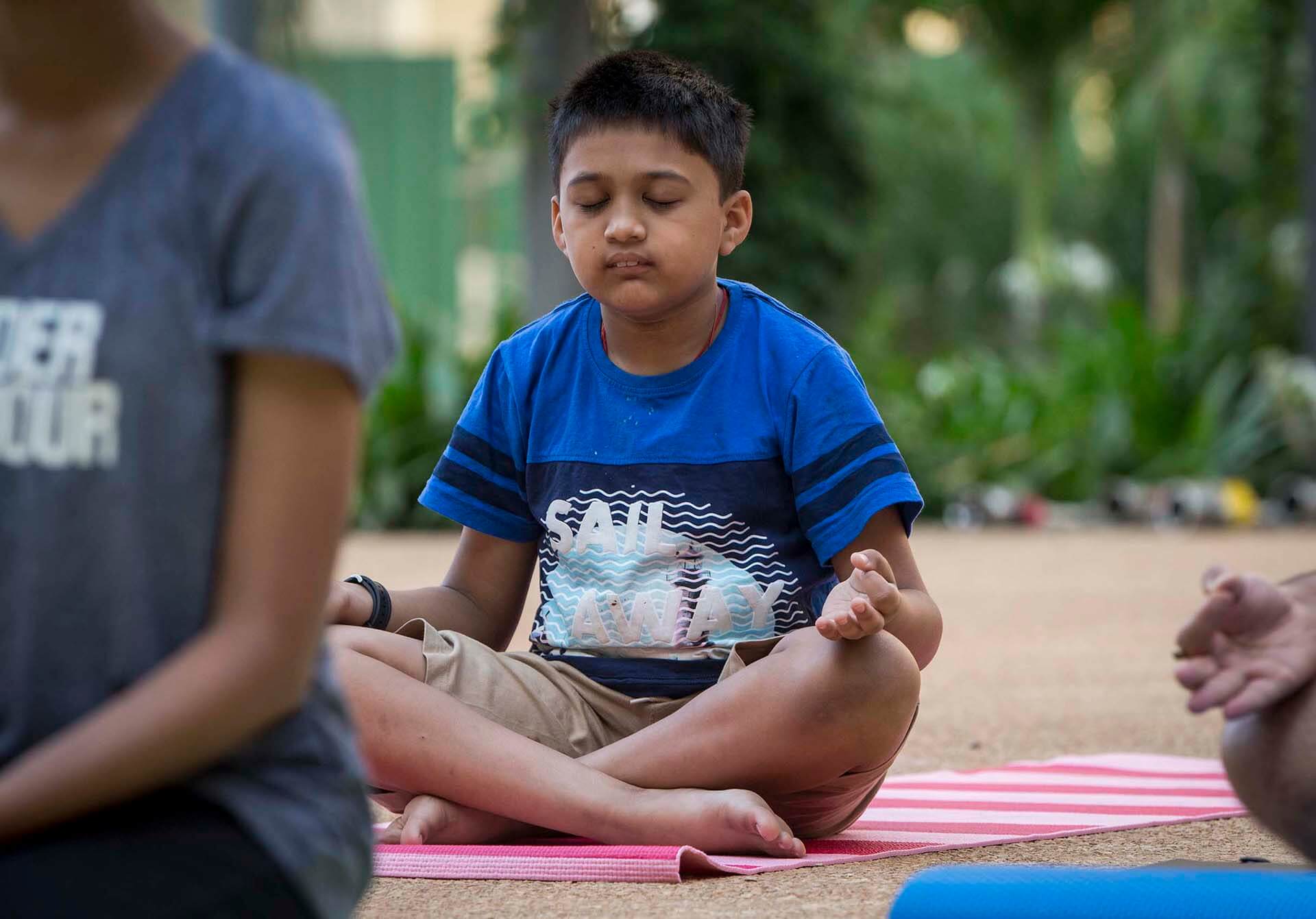 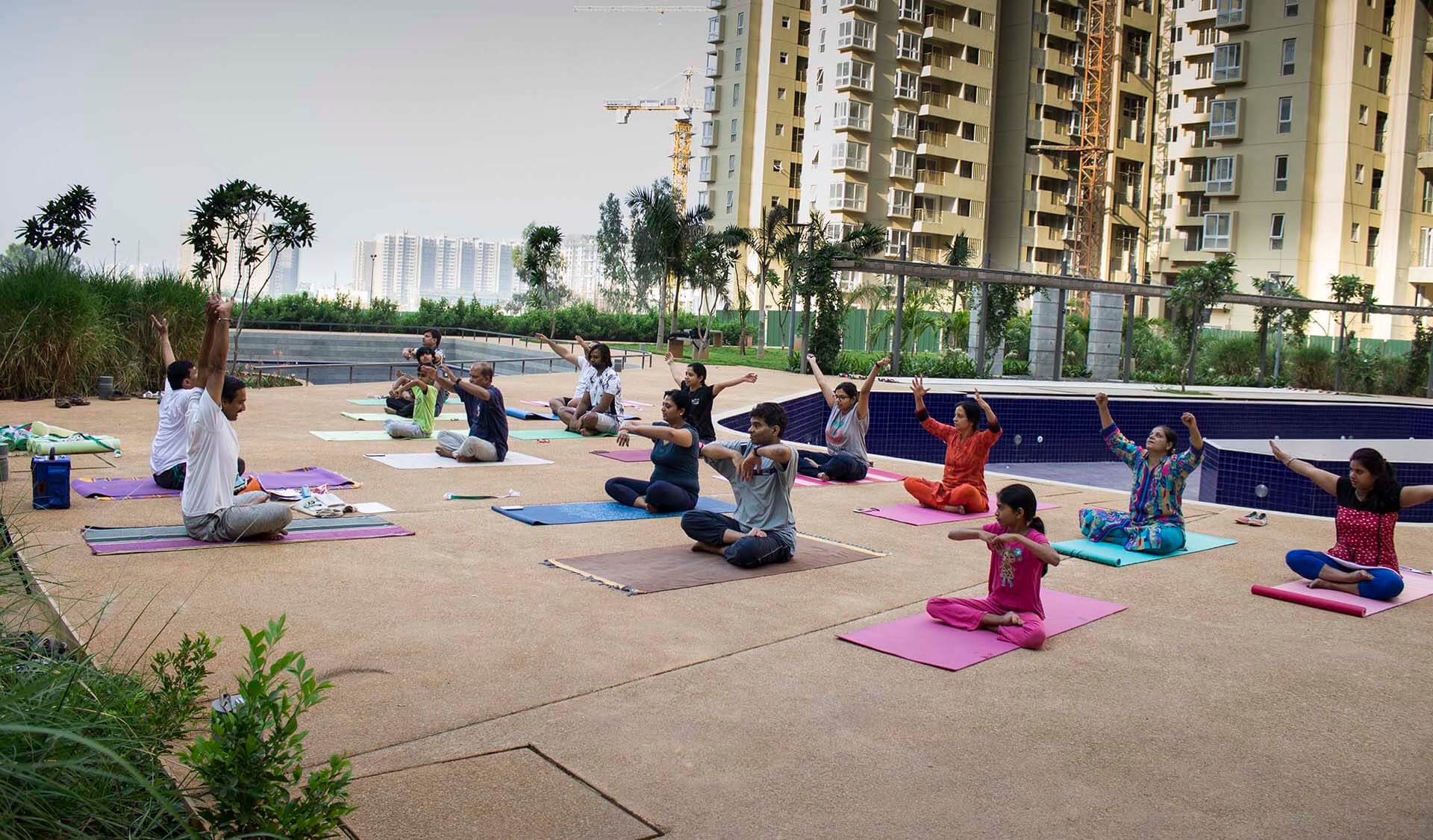